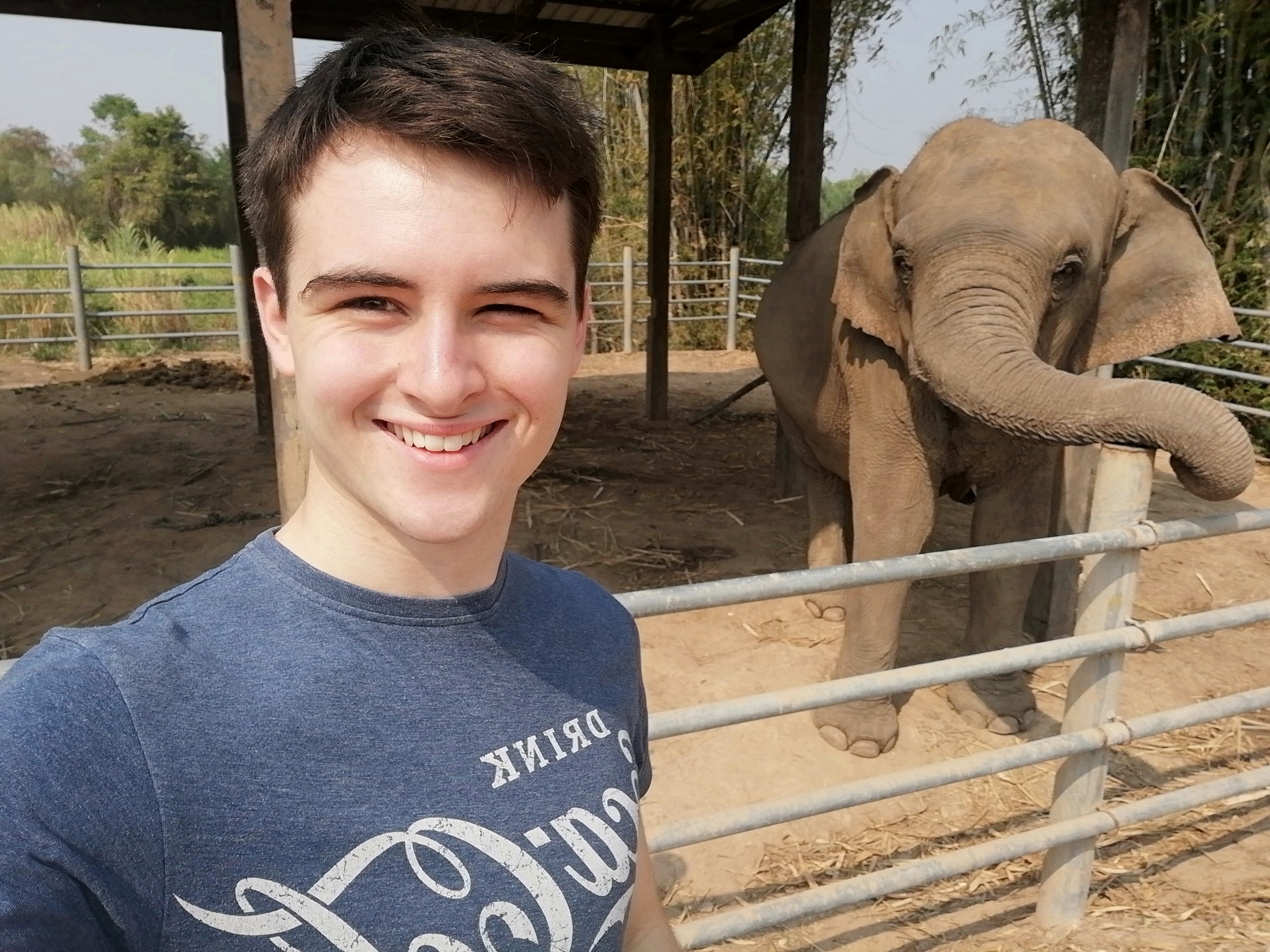 So I decided against writing yesterday, as we spent a great proportion of the day travelling to the city of Surin on an 8 hour bus journey. One thing I did notice however was the sheer volume of plastic waste which coated the roadside. Never before have I seen general waste in such quantity: plastic bags, cups, containers and straws suffocating almost every patch of available space withing five metres of the road. I think it’s the first time I’ve come face to face with the reality that we are in fact slowly killing our planet. Back in the UK we are all aware of the plastic problem, however in comparison to Thailand our country is spotless. It’s no wonder people question why we are reducing our plastic usage when they can’t see the effects plastic is having. Here it is different. Plastic waste is very much a problem and the public don’t seem to realise it…

The Thai community will take every opportunity they can to give out non-degradable plastic bags with every purchase, insisting you use a plastic straw with every drink (including bottles water) and they don’t even have recycling bins.

Every year 100,000 marine animals and over 1,000,000 sea birds die from plastic entanglement and that figure is rising. It’s a statistic which needs to change. Fast. I understand that many people may read this wondering how this is relevent to them because it’s true: the UK is a very small contributor to the globe’s waste plastic deposit. However, I can only urge people to recycle more, reduce the amount of plastic in their every day lives and become aware of the damage plastic does to our planet, especially the life that resides on it. I passed a pond this morning and from a distance I thought it was covered in bubble wrap. As I got closer I realised that the ‘bubbles’ were in fact disposable plastic cups, which covered the whole surface of the water. It’s heartbreaking, it can do easily be amended and we need to start now.

That being said, I have had the most incredible day. Today we travelled to the Elephant study centre, where elephants are raised from birth by a mahout and conserved through voluntary contributions. It should be noted that the elephants here are not held captive, but are acknowledged as family members, much like our dogs, cats and other household pets are.

We started off the day in a nearby sugar cane field (I finally found a plant I like the taste of) where we chopped and stripped the cane for the elephants to feed on. How the mahouts do this activity daily is beyond me, and withing twenty minutes I had lost a significant volume of water to sweat… Not pleasant. After we had filled a cart full of cane however, we had lunch and then took the giants to the river for a play.

It was in the duration of this play that I discovered elephants are quite possibly the most cheeky, playful, gentle animals which walk the earth. For hours they tossed the water over each over, us and themselves, calling to each other in joy and rolling over on the river bed with their feet up towards the sky and a massive grin on their faces. If you thought dogs’ enjoy a cuddle, you clearly haven’t met an elephant…

After you’ve scrubbed them and they’ve covered you in kisses they will run straight into a kiddy patch again so you have to do it all over again. The babies are even worse. They will walk over to a bush and pick a flower off, before going over to the nearest girl and waft it Infront of her face until she has no choice but to accept the flower from its trunk. They also dont like to feel left out, and were adamant on boarding the truck we were travelling in, causing the suspension to groan and squeal under the colossal weight of these creatures.

I want an elephant. That’s what I’ve got out of today. If you want a lifelong best friend, someone who will tease you constantly with they’re cheeky personality, never leave your side and know exactly how to cheer you up then an elephant is for you. It’s just a shame you have to train to be a mahout (and we don’t get them in the UK).

Tomorrow, we learn to make paper from elephant faeces. Yes you read that right… Elephants have no ends of uses… Following that we are going to try some kayaking which I’m extremely excited for to end our time with the elephants. It really has been an experience I will certainly never forget and I feel very privileged to have had the opportunity to take part. The Asian elephant is one of the most endangered species in the world, their population declining by over 50% in the last three generations so to be able to contribute towards their survival and wellbeing certainly doesn’t fail to produce a tremendous sense of pride. I just hope the conservation efforts here will help to rebuild the population of the species in the generations to come, and people realise what a huge loss it would be to the world if these fantastic, curious creatures were to become extinct.