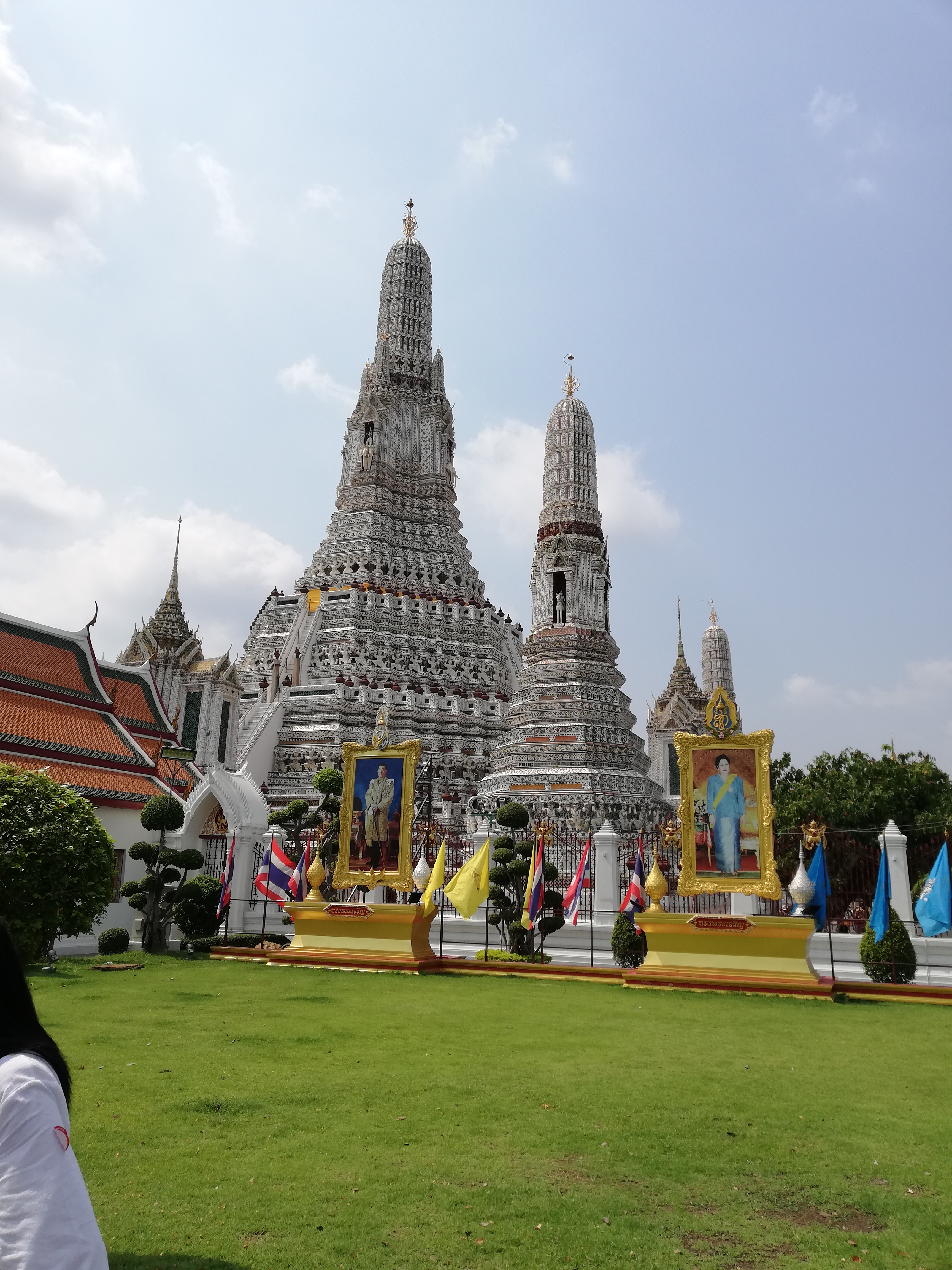 What do you picture when you think of a city? Hustle and bustle? Hectic side streets? A hubbub for excitement and opportunity? Well enlarge that picture tenfold and you might just start to create an image as to what Bangkok is actually like.

Never before have I been to a city where pandemonium has set in so decisively, however contrasted so significantly with an eerie quiet just a few metres away, where the most wonderful creatures emerge if you are patient enough to wait for them…

The day started with a river cruise downtown towards the temple of Wat Arun. I realised instantly that something memorable was going to come about from the boat trip and I certainly was not disappointed. Considering how many boats were out on the water, the river came with a certain tranquility, a safe haven quarantined from the chaos which constantly effervesces through the city streets. This calm was soon to be spoiled however by one of the most jaw-dropping, awe-inspiring sequence of second I have ever experienced.

We were told that the Chao Phraya River which flows through the centre of Bangkok was rich in life before we boarded the boat, but it wasn’t until we placed some bread lures into the river that this statement became so prominent. After a mere couple of seconds, the water surrounding us began to turn black. From above, our boat must have looked like an inkblot on a long roll of parchment. Ever so slowly the water began to froth and bubble, as thousands of Chao Phraya catfish, each at least two-feet in length surfaced in a cumulative struggle to feed. The sheer scale of it was tremendous, and that was only the beginning. Due to the dense abundance of life in the river, hundreds of egrets soar just above the water, each one glistening white against the yellow-brown smog which rises above the buildings. Never have I seen so many in one place, sitting on logs, floating debris and shore-side all in search of a meal, displaying to the city’s inhabitants the beauty and wonder their home secretly possesses.

However, despite the amazing phenomenon I had just witnessed, the best was saved till last. The catfish had created such a commotion in the water that a certain predator, or predators rather, had arrived to have a snack. 3 juvenile crocodiles approached the school of fish, their power and ferocity dispersing it instantly in a panic to survive. They did not stick around long however, and soon returned to the riverbank to bathe in the scorching sun.

One other thing which struck me while I was on the river cruise was the extensive volume of debris floating in the river, most of it broken mangrove roots. This simple feature just served as an indication as to just how horrific the recent hurricanes have been in this area. Mangroves are specially adapted to survive stormy weather, their roots mapping out a wide and stable base in the earth. To see so many destroyed and crippled reminds any observer of the cruel and dangerous outbursts which nature can have.

After reaching the shore, we took a walking tour to the famous temple Wat Arun. The intricate detail to this Cambodian-style monument is phenomenal: a beautiful arrangement of colour and grandeur all compressed into a single building. Unfortunately you cannot go inside however just scaling the many steps surrounding the temple gives you an idea of the colossal size and importance the wonder has to the people of Thailand.

From here we visited the temple of Wat Pho. This is a smaller (although still the size of an aircraft hanger) temple which houses the third largest Buddha statue in Thailand, 15m high and 46m long. This fascinating building has a musical chime surrounding it as you approach and enter. The music-box-like noise is made from many different sized metal donation pots which line the inner wall of the temple. It has become a tradition to place half a BAHT (about 1.25 pence) in every bucket, each one making a different note in a range of pitches and giving the temple a peaceful ambience and you slowly walk around the giant gold statue lying proudly in the centre.

Tomorrow we are taking the long trip inland to Surin where we will spend the remainder of the week. Make sure you keep checking back to see what I get up to and what other amazing spectacles there are to be discovered.

N.B: I touched a snake! It was so cool! A man we saw on the way home was holding a six-foot constrictor and let me touch it. It was great fun until he tried to charge me for it…


I first hit Bangkok in 1995, I learnt very quickly that behind the smiles there maybe a scam River trip to Wat Arun, I was the only traveller on the fast boat, the driver suggested I disembark in order to take photographs, as I moved away from the landing stage, off the boat went. I thought it must be a no waiting area, I watched as the boat went out of sight. I had paid for a two hour plus trip, had 5 minutes. It didn’t put me off Thailand. As you may know, I have a serious relationship with it now.
Looking forward to more of your experiences. Well done Jack.


Did you eat any catfish, Jack? I didn’t like it; tasted like greasy, fishy mud. I’m surprised your dad didn’t warn you about men wanting money for touching their snakes, though.