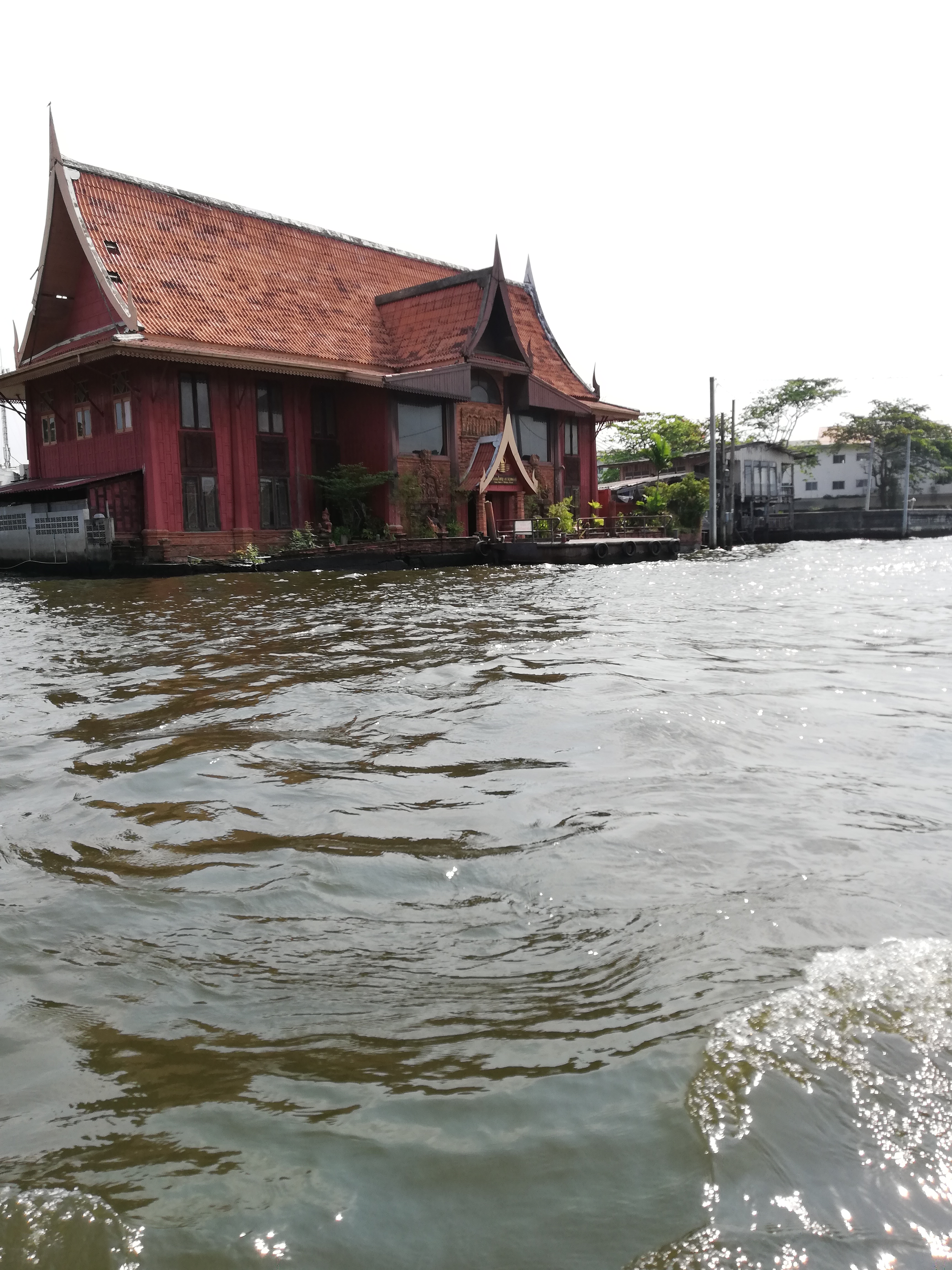 So I arrived in Thailand… It’s hot. Extremely hot. The first thing I decided to do once I disembarked the plane was to change into shorts and a short sleeved shirt. However that still failed to prevent the thick film of sweat which coats you instantly in the 36°C heat.

It was like going from one extreme to another. Doha airport being one of the largest in the world with its 3 plaza’s and 8 wings… Bangkok airport is a tent. Literally. One colossal marquee covering departures, arrivals and duty free under the same sheet of tarpaulin. And it’s packed with people. Each and every one on a different mission with a different destination in sight. It took me nearly ninety minutes to get from the plane to the exit and that was supposedly in the “quiet period”. To make matters even more complicated, the guide designated to meeting me at the airport entrance was told that my flight was delayed by two hours so wasn’t there when I arrived, making me wonder if it was all a big mistake in the first place. They had cheap chocolate in the shop though so at least someone was looking out for me.

After an hour or so, my guide arrived and took me back to the guest house I’m currently staying in: a cute side street restaurant converted to suit a travellers’ needs. The group I’m staying with are lovely, and have travelled from places all over the world, some local to me, some from the other side of the world however everyone is connected by the same sense of excitement that being in a new city, perhaps even a new continent, brings. We all shared our first meal as a group together and were delightfully joined by a squadron of gheckos, each as curious as the next, who sat intently watching our every move in hopes we might leave a little food out for them.

Dinner was shortly followed by a trip into town, filled with dancing, laughing and people trying to sell us scorpions to eat… No thanks. Although, I did try this awful-looking grey thing (I don’t know what it was) and that was quite nice so maybe scorpions or tarantulas next? We will have to see…

Bangkok is huge. From the airport all you can see is an endless array of buildings and structures weaving in every direction you turn. This is all overlooked by a think blanket of yellow-brown smog which clings to your lungs if you inhale too deeply. Pleasant, I know. Etched within this however, is a community so vibrant and speculative that every turn you make reveals another wonder, another secret which fuels your eagerness to explore, easily making it one of the most intriguing, mind-blowing cities I have ever visited.

Tomorrow is going to be spectacular. We are scheduled for an in-depth tour of Bangkok, including a river cruise and also some sort of temple visit. I’m not sure what it entails just yet but make sure you check back on this site in due course to find out. Once again any feedback is invaluable to me so please feel free to leave a comment on what you would like to see in future posts.

Ps: gheckos are surprisingly shy, hence the lack of photo at the moment. (I’m sorry I tried my best but the pictures really weren’t good at all!)


Sounds a bit like Bourne on a Saturday night, Jack.